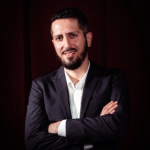 5 Largest Data Centers in the World

With the slogan “Connecting your business to the world“, Digital Reality is the largest data center provider, which has 166 data centers located in America, Europe, Asia and Australia.

One of the largest is the Main Data Center in San Francisco, strategically located near the Silicon Valley, the world-famous area with the highest concentration of high-tech companies in the world (about 1900 of them).

SFR2 is the name of the building located in the financial center of San Francisco, which was originally intended for the construction of military tanks, and which is one of the largest data centers in the world today! The building is made of steel and concrete and its security is at the highest possible level, its base is insulated from the floor, so it can provide smooth operation of the server, even in case of a large seismic earthquake (during and after). The whole building extends to a total of 227,000 square meters including 86,000 square meters of raised, security floor, which we were talking about. Such a space generates around 7800 kW of electricity that runs servers at full capacity. Can you imagine all this?

It is located near the financial district and city center, 15 minutes away from the airport or the center. Singapore is well positioned to support the fast-growing Asian and Pacific markets and was built as a strategic link and an important gateway for global investment.

The building where it was built is exclusively for the needs of the data center, on 6 floors. The security procedures are at the highest level, the building is additionally physically enclosed, the guards are present 24/7, and the entrance is governed by a photo recognition system. The data center has completely redundant UPS systems, generators and cooling systems. Load capacity is 750kg per square meter.

DuPont Fabros Technology is one of the leading providers, owners and operators for enterprise data centers. Du Pont Fabros had previously been an investment fund for real estate that invested in data centers regardless of provider, and secured positioning and information flow between providers.

By the beginning of last year, they had 11 operational data centers: 8 centers located in North Virginia, 2 in Illinois and 1 in California. Their biggest campus is just this one in Virginia. Opened in 2014, the DFT Ashburn Data Center is comprised of 6 buildings covering a total of 1329 million square feet. About 70% of the world’s Internet traffic flows through the North Virginia corridor, including Ashburn, according to the Economic Development Committee of the region.

In a way, the company also deals with the wholesale leasing of space to other companies, by giving them the space in which they build their data centers. 90% of revenue comes from the 15 largest clients, some of which are: Microsoft (25%) and Facebook (20%). Last year, the company became the property of the aforementioned company Digital Reality.

Cyrus One is a global experienced company based in Dallas. They have 35 data centers in USA, London and Singapore and are constantly evolving. In order to reduce operational costs to their clients, they apply a massively modular concept of service delivery.

They have over 625 clients, 9 of which are from Fortune’s list of the world’s most successful companies. The Chandler is the first data center on the West Coast, as well as the leading one. Quick connectivity is ensured with other data centers in Texas and Ohio. The data center uses dual redundant power distribution and indirect evaporation and cooling, which is necessary due to the warm and dry climate in Arizona. Phoenix is located at the heart of the West Coast communication links, which is a beneficial strategic position, as many companies here want to make use of the new tax incentives that have been in force since 2013, precisely related to data centers, as well as the low risk of natural disasters.
The center was opened in December 2012. It was built on a former field of alfalfa and is proud of its customer service, flexibility and customizable premises. It has several conference rooms, and even showers and a kitchen for clients.

In May 2012, the Hohhot Cloud Computing base in Central Mongolia shook the world.

China Telecom has invested $ 3 billion in the construction of this Information Park, which consists of a cloud computing center, data center, call center, warehouse, offices and residential buildings.

What is so special about Hohhot?

First, power. Hohhot has a lot. As we speak, Hohhot receives 7.7m kW from a combination of thermal and hydroelectric sources, but it is projected to get another 1.8m kW after completing work on a new thermal facility. You wonder how Hohhot manages to generate so much hydroelectric power? Simply: the annual average of precipitation (rain) is stored in their pool of 1.2 billion cubic meters.

The climate in Hohhot is another important factor why it has become one of the data hubs. At an average altitude of 1050 meters, the average temperature is 6 ° C (42.8 ° F), according to Data Center Dynamics, which in translation means “free air cooling for 8 months a year”.

Also, 70% of key research institutions and universities in Central Mongolia are located in Hohhot.

All these factors have made Hohhot the main hub for Chinese telecoms, whose data center network covers over 25 square kilometers.